Explore Boston's streets and rivers aboard a duck bus. Do you want to discover the historic city by land and by water?

Explore Boston's streets and rivers aboard a duck bus. Do you want to discover the historic city by land and by water? 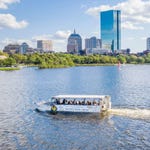 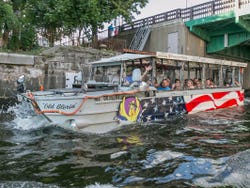 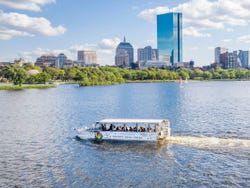 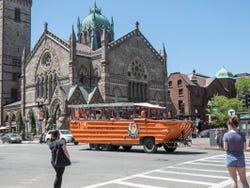 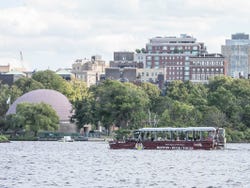 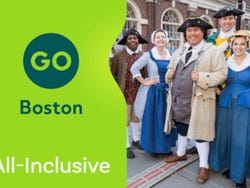 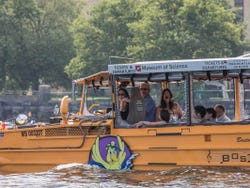 Would you prefer to drive through the centre of Boston or cruise along the Charles River? You can do both in just one mode of transport with this duck boat tour, where you'll encounter the most symbolic landmarks around the city. The earliest amphibious vehicles originated in 1770 when they were first dreamt up by Prince Raimondo di Sangro of Sansevero.

While on board the duck boat, we'll admire the most significant sites around the capital of Massachusetts such as Boston Library, Longfellow Bridge, the MIT building or the popular Theatre District.

For an hour and 20 minutes, the English speaking guide will tell you about the city's history and intriguing facts along the route. There will also be audioguides in other languages available.

You can board the duck boat tour at any of the following stops around Boston:

The route is different depending on whether you depart from the New England Aquarium or from the Science Museum and Prudential Tower. Below there is a map of the three meeting points and two duck boat routes:

The duck boat tour circulates every 30 minutes from 9 am onwards. The last departure depends on the date:

80 minute tour on board a duck boat.

Audioguide in other languages.

If you cancel after the reservation you will be refunded 100% of the total value. If you do not show up, you will not be refunded.
like

8 / 10 6 reviews
The Go Boston Pass is a tourist sightseeing pass with free access to over 40 attractions in Boston, including the Fenway Park and the Salem Witches Museum.
US$ 76
Book
like

No rating yet
Enjoy a unique experience in the capital of Massachusetts with this Boston Whale Watching Cruise. You'll only be a couple of feet away from the huge mammals.
US$ 62.84
Book