With this excursion to Taormina, Giardini Naxos and Castelmola you'll visit the first Greek colony in Sicily, admire the beauty of a small hilltop village and take hundreds of pictures on a paradisiacal beach.

With this excursion to Taormina, Giardini Naxos and Castelmola you'll visit the first Greek colony in Sicily, admire the beauty of a small hilltop village and take hundreds of pictures on a paradisiacal beach. 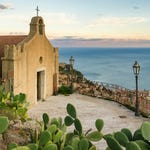 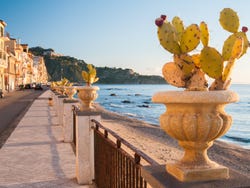 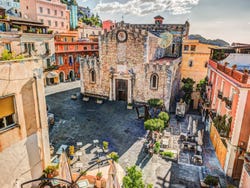 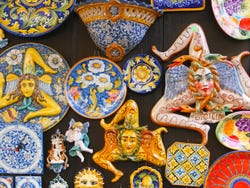 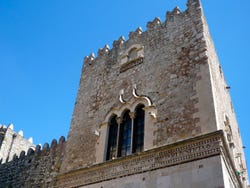 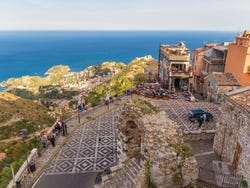 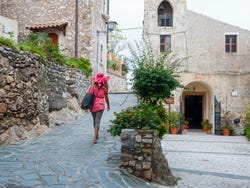 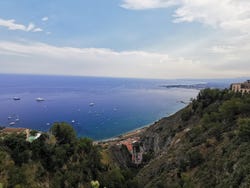 We'll meet at the time of your choice in Piazza dei Martiri, where we'll take a minibus to Giardini Naxos, about half an hour away.

Once we arrive at our destination, we'll go on a leisurely stroll through the historic center of the city, admiring the facades emblematic buildings like the 13th-century Schisò Castle and the Church of San Pancrazio. You'll learn all about the ancient Greek settlement of Giardini Naxos and admire the beautiful bay.

Then, we'll get back on the bus and head north to Castelmola, a small village perched atop a hill. We'll stroll along the charming cobbled streets and visit its most popular viewpoints, where you can admire the spectacular vistas of the Ionian Sea and Mount Etna!

The last stop on the excursion will be in Taormina, one of the most famous cities in Sicily. Here, we'll see the exterior of several medieval palaces, ancient city gates and a 15th-century cathedral. You'll even get to see the dreamy beach of Isola Bella.

After four hours of exploring, we'll return to the starting point and the activity will end.

A minimum of 4 people is required to book the activity.

The capacity of all means of transport will be reduced to 100% of their maximum capacity.

The activity takes place with a guide that speaks in English and other language.

Transport by coach or minibus

US$ 75.20
Free cancellation up to 24 hours before the service starts
Book

9.40 / 10 14 reviews
Visit the highest active volcano in Europe on this 4x4 tour of Mount Etna. You'll enjoy its incredible natural landscapes onboard an all-terrain vehicle.
US$ 62.50
Book
like

No rating yet
Discover the main points of interest of this beautiful Sicilian city with this Catania Private Tour. A licensed local guide will accompany you!
US$ 202.50 per group
Book