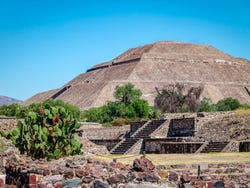 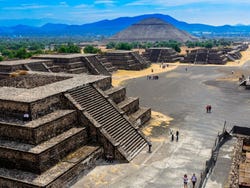 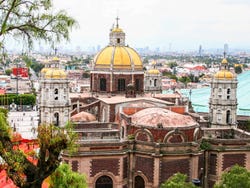 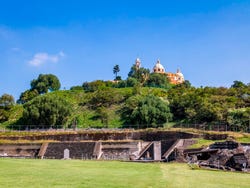 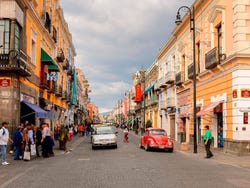 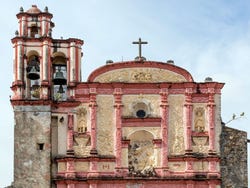 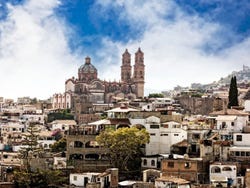 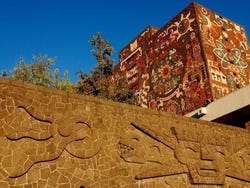 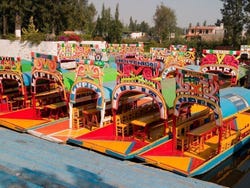 If you have several days in Mexico City and you want to explore the surrounding regions with a personal exclusive guide, you can reserve any one of our private tours. These tours last between 8 and 12 hours and include hotel pick up, transport in a private vehicle and an English speaking guide.

See the specifics of each excursion below:

What dark secrets does the impressive prehispanic site of Teotihuacán hide? How were the famous sun and moon pyramids constructed? On this tour we'll see the most visited archaeological site in Mexico, discovering why it's been declared a UNESCO world heritage site. This tour takes a similar route to that of the Teotihuacán Pyramids Sunrise Tour.

On this tour, we'll discover the history of the Mexican capital and its religious fervour. We'll visit what was once the capital of the Aztec Empire (Tlatelolco), one of the most popular sites of religious pilgrimage in the world (La Villa de Guadalupe) and Mexico's most visited archaeological site (Teotihuacán). We'll follow a route similar to that of the excursion to Teotihuacán, Basílica de Guadalupe and Tlatelolco.

The first part of this excursion, as we leave Mexico City behind, through the stunning landscapes provided by the impressive Iztaccíhuatl y Popocatépetl volcanoes. Then we'll visit Cholula, the oldest living city in America, and also home to "Great Pyramid of Cholula", the largest pyramid in the world by volume with a base of 450 square metres. And then we'll make our way to Puebla, to discover why it is known as the "City of Angels" as we admire the Spanish colonial architecture of its historic centre. The itinerary is similar to that of the Puebla and Cholula Day Trip.

The city of eternal spring, one of the oldest cathedrals in America, and the world silver capital... On this excursion, we'll enjoy the eternally warm climate of Cuernavaca, admire its old cathedral (founded by the first Franciscan friars to arrive in Mexico) and be seduced by the regal air of the city of Taxco. This tour follows a similar route to that of Taxco and Cuernavaca Day Trip.

What do Leon Trotsky, Octavio Paz and Frida Kahlo all have in common? We'll discover the answer visiting Coyoacán, one of the oldest neighbourhoods of Mexico City. What's more, we'll take a look at one of the most picturesque corners of the Mexican capital and climb on board a traditional trajinera (a small boat decorated with flowers) to cross the Xochimilco canals. This tour follows a similar route to thart of the Coyoacán, Xochimilco and the Frida Kahlo Museum.

Reserving a private excursion means you'll receive a much more personalised service. What's more, you can take the tour any day of the week, modify your itinerary according to your wishes or leave at whatever time you like. And if you're a large group, you'll even save money!

The guide can pick you up at your hotel (as long as it's central), or you can stay wherever you like. Please take into account that if you begin your private tour at your hotel, the time of the visit itself will be reduced.

Excursion to Cholula and Puebla

Excursion to Cuernavaca and Taxco

Excursion to Coyoacán and Xochimilco

* Children under 5 years old are not allowed to take part in this activity.

Per group from
US$ 132.40
Free cancellation up to 24 hours before the service starts
Book

A wonderful and super attentive guide very willing to give explanations and with very accurate information Opinion translated. Show original.

9.40 / 10 265 reviews
Can you imagine flying over the Teotihucán Valley? Live through an unforgettable experience, admiring one of the most important Mesoamerican civilisations from above.
US$ 132.40
Book
like

9.50 / 10 32 reviews
Discover the prehispanic pyramids of Teotihucán on this exclusive private tour where you can even choose the itinerary!
US$ 186.40 per group
Book
like

10 / 10 4 reviews
Spend an unforgettable day discovering the ancient Mesoamerican city of Teotihuacán: fly over millennia-old pyramids in your own private hot air balloon!
US$ 387.50 per group
Book