At the Grévin Museum in Paris, you will find wax figures by Kylian Mbappé, Emmanuel Macron, Jean-Paul Gaultier, and other famous celebrities both from France and the rest of the world. Waste no more time and buy your ticket with us!

At the Grévin Museum in Paris, you will find wax figures by Kylian Mbappé, Emmanuel Macron, Jean-Paul Gaultier, and other famous celebrities both from France and the rest of the world. Waste no more time and buy your ticket with us! 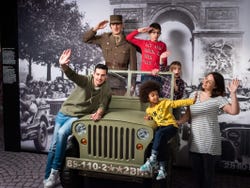 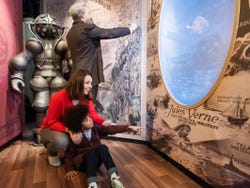 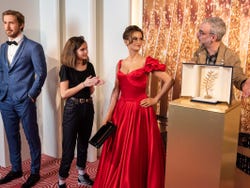 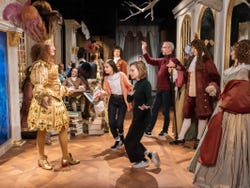 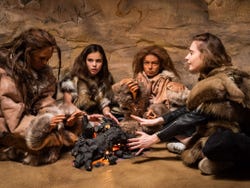 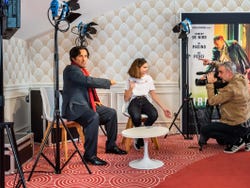 The Grévin Museum is a famous wax museum in Paris, located on one of the most famous avenues in the French capital: the Boulevard de Montmartre.

Inside the museum, you will find more than 500 wax figures representing illustrious people from both France and other countries. Celebrities from the world of politics, sport, cinema, fashion, and the arts are found here. Among them is the current president of the French Republic Emmanuel Macron, the star of the French football team and the PSG Kylian Mbappé or the iconic fashion designer Jean-Paul Gaultier.

The museum also has a curious room called Le Palais des Mirages (the Palace of Mirrors). This is a hall built for the 1900 Paris Universal Exhibition and functions as a gigantic kaleidoscope. It's sound and light show will take you to fantastic worlds that you would think impossible.

It is also worth visiting the Grévin Museum Theatre, where you can meet the figures of popular actors and actresses such as Leonardo DiCaprio or Monica Bellucci, among other celebrities of the Seventh Art.

At the Grévin Museum, you can also have your portrait taken with notable figures from French history, such as General Charles de Gaulle, or with endearing literary figures such as The Little Prince.

The Grévin Museum in Paris is open every day from 9.30 am to 7 pm. Please note that last access is at 6 pm.

Fast track entry to the Grevin Museum in Paris.

US$ 28.30
Free cancellation up to 24 hours before the service starts
Book

You just need to make the museum more informed about the company. But it was quiet and worth it. Opinion translated. Show original.

9.10 / 10 395 reviews
Immerse yourself in "The City of Lights" with a guided tour around the French Capital, discovering the Louvre, the Siene and Notre Dame. What's more, it's FREE!
Free!
Book
like

9.10 / 10 78 reviews
Take a free tour through the narrow streets of the most cultural and artistic of Paris' districts, where Picasso and Van Gogh sought out inspiration.
Free!
Book
like