Get to know the history of the Castle of Lettere, a military fortification built on the Lattari Mountains to protect the ancient Duchy of Amalfi. Don't miss this journey to the past!

Get to know the history of the Castle of Lettere, a military fortification built on the Lattari Mountains to protect the ancient Duchy of Amalfi. Don't miss this journey to the past! 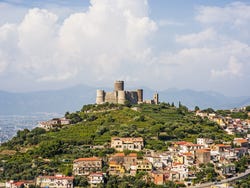 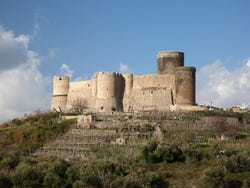 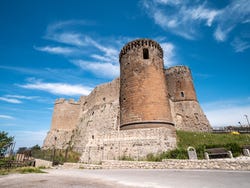 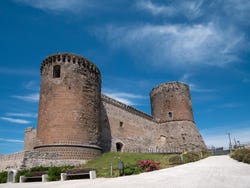 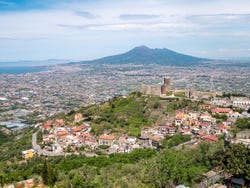 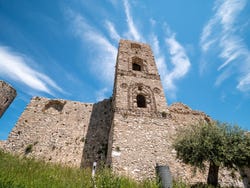 After picking you up from your hotel in Pompeii at 10:15 am, we'll travel by bus to the Castle of Lettere, an ancient stronghold perched on the Lattari Mountains.

Once we arrive, we'll begin a guided tour of this mighty 10th-century bulwark, most likely built under the rule of Manso I of Amalfi. The function of the structure was purely defensive, aimed at protecting the duke of Amalfi from possible attacks coming from the Gulf of Naples.

As we peruse this trapezoidal castle, we'll admire its four towers, the highest of which served as a keep. From the courtyard, you'll be able to spot the Madonna del Soccorso chapel, belonging to the cathedral of the fortress, as well as its bell tower, built later in the 12th century.

The guide will tell us all about the expansion of the fortress by the Normans and later by the Angevins, under whose mandate the castle reached its maximum splendor. You'll also discover that it was only with the arrival of the Aragonese when the complex lost its military function and was transformed into a private residence.

After two hours of a guided tour, we'll return to Pompeii and accompany you back to your hotel.

US$ 44.50
Free cancellation up to 48 hours before the service starts
Book

9.60 / 10 89 reviews
Do you want to step back in time to the Roman Age for a few hours? Visit the UNESCO listed Pompeii Ruins and discover the secrets of this ancient city.
US$ 55.10
Book
like

No rating yet
Join an excursion to the Stabiae Villas from Pompeii and visit the grand villas of the ancient Romans. A perfect combination of luxury and history!
US$ 38.60
Book
like

No rating yet
Dive into the history of one of the most fascinating cities of the ancient Roman Empire on this excursion to the ruins of Herculaneum.
US$ 59.80
Book