Explore the historic streets and landmarks of Santiago which played a role in the dictatorship of Pinochet. Our tour will transport you back to Chile in 1973! 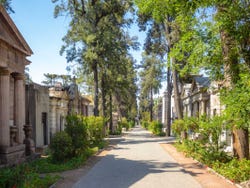 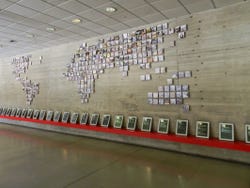 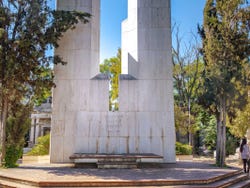 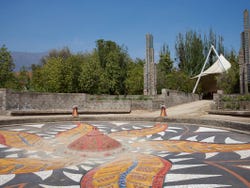 Early in the morning, we will collect you from your hotel in Santiago. From there, we will head to our first stop - Cementerio General (the city's cemetery).

This location is a kind of open-air museum, constructed almost two centuries ago, where we will discover Chile's recent history through the numerous graves of the notable people buried here. In the cemetery will visit various sites of historical importance, such as Patio 29 - where thousands of bodies were secretly buried during the dictatorship of Augusto Pinochet - the Memorial to the Disappeared, and the tomb of Salvador Allende, who was president of Chile until his death during the coup d'état in 1973.

Later we will visit the Museum of Memory and Human Rights, a space which shows the horrors committed during the military dictatorship between 1973 and 1990. Our guide will help us to understand the historical context of the era and reflect on the events that occurred under the leadership of Pinochet.

Last, we head to Villa Grimaldi, a three-acre estate which was used as a community arts center until 1973 when General Pinochet turned it into a political detention and interrogation center known as Cuartel Terranova. This was the operations center of the secret police, known as DINA, and also the headquarters of Metropolitan Intelligence Brigade, who were in charge of the brutal repression of the Chilean population during the military regime.

We end our historical tour through the Santiago of Pinochet's dictatorship back at your hotel.

This activity includes pick up and drop off from hotels in the following areas: the city center (zona central), Providencia, Estacion Central, Las Condes, and Nunoa. If your hotel is situated in a different area then we will arrange for you to be collected from the most convenient of the aforementioned districts.

Entry to the monuments on the tour itinerary.

You can book up until the previous day (9:30 AM local time) if there are still places available.

US$ 49.80
No hidden fees or surcharges
Free cancellation up to 24 hours before the service starts
Book

We had a wonderful time. Connie was very knowledgeable and passionate about Chilean history. We learned a lot and she made sure to answer any questions that we had. The trip to the cemetery and the explanation at the Villa Grimaldi were the highlights for us. Highly recommend!

Foi uma aula sobre a ditadura no período do Pinochet. Translate this opinion into English.

It was a class about the dictatorship in the Pinochet period. Opinion translated. Show original.

8.70 / 10 74 reviews
Surround yourself with the natural beauty of the Andes on this day trip to picturesque Cajón del Maipo and the El Yeso Valley.
US$ 43.60
Book
like

9.60 / 10 26 reviews
From La Moneda Palace to the Costanera Center viewpoint... Explore Santiago from west to east and discover the contrasts of the Chilean capital.​
US$ 29.70
Book