Bacalar Lagoon, or the Lake of Seven Colours, is one of the most spectacular natural attractions on the Yucatan Peninsula. Discover its magic on this tour from Cancun!

Bacalar Lagoon, or the Lake of Seven Colours, is one of the most spectacular natural attractions on the Yucatan Peninsula. Discover its magic on this tour from Cancun! 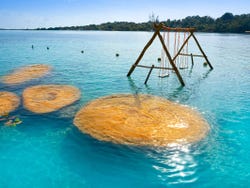 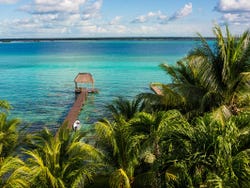 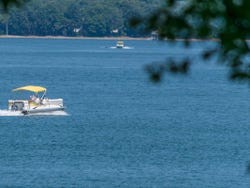 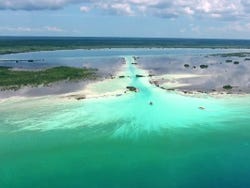 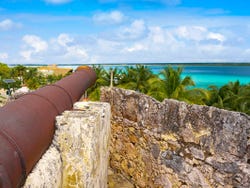 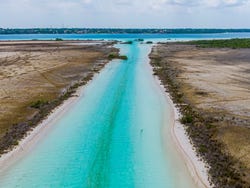 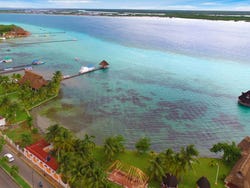 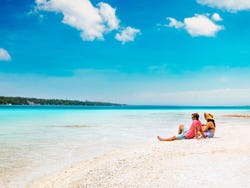 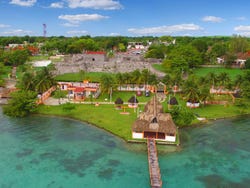 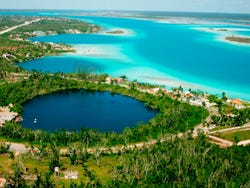 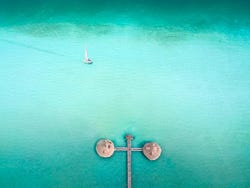 After picking you up from your hotel in Cancun, we'll set off in the direction of the famous Bacalar Lagoon, also known as the "Lake of Seven Colours" for the different colours of its waters. During the bus journey, you'll be served a light breakfast to keep you going for the day's adventure.

Arriving in the picturesque town of Bacalar, we'll head to the shores of the lake where a boat will be waiting for us. Climbing aboard, we'll set sail across the lagoon for a peaceful cruise that will allow us to better appreciate the vivid tones of the waters.

You'll have free time to take a refreshing dip in the lake, as well as having the opportunity to bathe in the nearby cenotes of Negro, Cocalito and Perla. Not far from here, we'll get to see the stromatolites of Bacalar. These rock formations covered in constantly-growing bacteria look like coral reefs in the lake.

We'll then head into the town of Bacalar itself, where we'll enjoy a delicious lunch of typical local delicacies. In the afternoon, after eating, we'll embark on a guided tour of the town centre, where monuments like the San Felipe Fortress stand out.

At the end of the day, we'll return to Cancun and you'll be dropped back off at your hotel.

Changes to the tour

On Wednesdays, the boat in which the Bacalar lagoon tour takes place will be undergoing maintenance, therefore the tour will be modified. In this case, we'll go to the Esmeralda, Negro and Cocalitos cenotes. Then, we'll visit Pájaros Island, the Canal de los Piratas and, lastly, Bacalar Lagoon.

The capacity of all means of transport will be reduced to 40% of their maximum capacity.

Physical: Varies according to the attraction included. Accessible toilets. An accompanying person is required. This must be indicated in the reservation. Show more

Include water in recyclable cartons.

8.90 / 10 220 reviews
Set off on a full-day excursion by catamaran and explore the natural beauty of Mujeres Island (Island of Women), and visit some of the most beautiful beaches in the world.
US$ 40
Book
like

9 / 10 53 reviews
What were the Mayans doing when they build the pyramids of Chichén Itza? What were their prophecies? Decrypt these enigmas visiting the archaeological site and a sacred cenote
US$ 27.40
Book
like

7.20 / 10 5 reviews
Spend a memorable night at Coco Bongo, one of the most unique nightclubs in Cancún, and get a feel for the authentic Mexican nightlife!
US$ 66
Book