Immerse yourself in the spectacular natural landscapes of the Peruvian Andes on this four-day trek from Cusco to the ruins of Choquequirao.

Immerse yourself in the spectacular natural landscapes of the Peruvian Andes on this four-day trek from Cusco to the ruins of Choquequirao. 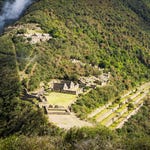 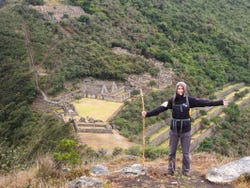 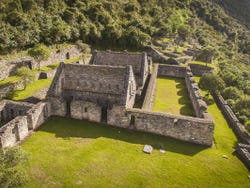 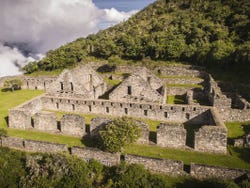 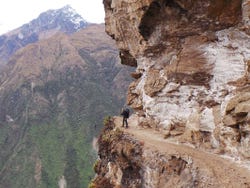 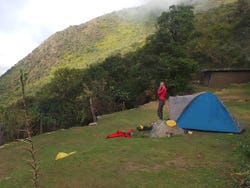 Having picked you up from your hotel in Cusco at 4 am, we'll set off on the road to Cachora, where we'll begin our first trekking route. Along this trail, which will take approximately three hours, we'll reach the Capulliyoq viewpoint: the perfect spot to admire the Apurimac River and the ruins of Choquequirao in the distance.

From the viewpoint, we'll descend via a zigzagging path to Chiquisca. Here, we'll set up camp for the night and enjoy lunch and dinner before relaxing for the evening.

After breakfast at the camp in Chiquisca, we'll set off on our second trekking route. The hike will take us approximately eight hours and we'll make two stops along the way: one in Santa Rosa for lunch and another in Marampata to enjoy the views of its beautiful surroundings from its famous panoramic viewpoint.

Our trek will come to an end at the Choquequirao archaeological site, where we'll have dinner and set up camp for the night.

Following breakfast at the campsite, you'll have the whole day free to explore the ruins of Choquequirao at your leisure. Known as the "little sister of Machu Picchu", this archaeological site still preserves the remains of temples, storage buildings and other public spaces that will give us fascinating insight into the history of pre-Columbian Latin America. We'll have lunch and dinner at the campsite.

After breakfast, we'll leave the campsite behind and set off on our final trekking trail. This route will take us to the archaeological site of Pinchiunuyoq, whose ruins are located in the heart of the Apurimac Valley. At the end of our four hour hike, we'll reach Capuliyoc, a viewpoint where we'll have a well-earned break for lunch while taking in the views. After eating, we'll make the return journey to Cusco by bus.

This activity includes three nights' accommodation in a tent (each tent has a maximum capacity of three people) on a campsite. The camps have bathrooms and portable toilets. It also includes three breakfasts, four lunches and three dinners, prepared by the camp kitchen staff.

This trek takes place at sites located between 2000 and 3400 metres above sea level, and the activity is therefore not recommended for people with physical disabilities or who have difficulty breathing or walking at high altitudes.

Visual: Has measures for visual accessibility. Provides signage for wayfinding and orientation.

US$ 268.90
Free cancellation up to 48 hours before the service starts
Book

9.50 / 10 17 reviews
Discover the famous Rainbow Mountain in a fun way on this quad tour. The trip also includes a delicious breakfast and lunch!
US$ 72.10
Book
like

No rating yet
Visit Machu Picchu in a different way with this fantastic 2-day trip on the spectacular Abra Malaga route.
US$ 118.50
Book
like

8 / 10 4 reviews
Historic salt mines clinging to the slopes of a canyon and mysterious Inca ruins: delve deep into Peru's Sacred Valley on this tour of Moray and Maras.
US$ 15.30
Book