Discover the highlights of the Dalmatian Coast with this Croatia Tour Package: 5 Days from Dubrovnik to Trogir. You'll visit Korčula, Split and Hvar with an English-speaking guide.

Check out all the activities in Dubrovnik

Discover the highlights of the Dalmatian Coast with this Croatia Tour Package: 5 Days from Dubrovnik to Trogir. You'll visit Korčula, Split and Hvar with an English-speaking guide. 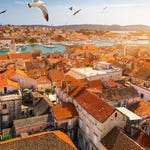 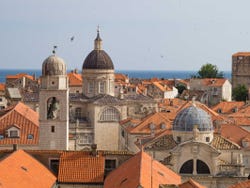 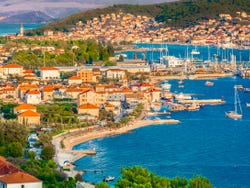 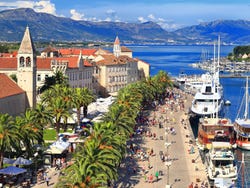 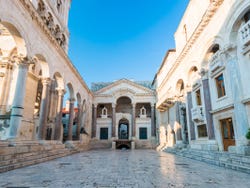 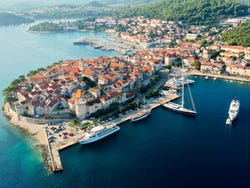 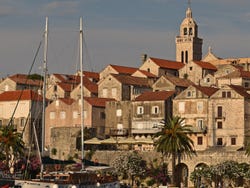 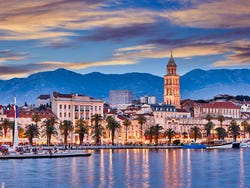 Upon arrival at Dubrovnik airport, we'll be waiting for you to take you to the hotel where we'll stay and you'll have the rest of the day free to settle in.

We'll have a full breakfast at the hotel to start our tour of the 'Pearl of the Adriatic'. Accompanied by a guide specialised in the history of Dubrovnik, we'll get to know the most fascinating corners of the town, such as the Franciscan monastery, the medieval fortifications, the Sponza palace or the great Onofrio fountain.

In the afternoon, we'll go to Orebić, and board a boat that will take us to Korčula. Upon arrival, we'll walk around Marco Polo's hometown and visit its main monuments.

Finally, we'll take you to the hotel in Korčula to spend the night.

We'll enjoy breakfast at the hotel and leave Korčula behind. We'll take a boat back to Orebić, and take a minibus to Split. We'll tour the historic centre to admire amazing sights such as Diocletian's Palace, the Temple of Jupiter and the Golden Gate.

Later, we'll travel to Trogir to stroll through its picturesque streets and monuments - did you know that its historic centre is a UNESCO World Heritage Site?

The day will end at the hotel in Trogir with a delicious dinner.

After breakfast, we'll go to the port of Trogir, where we'll board a boat that will take us to the island of Hvar. St. Stephen's Cathedral, the Arsenal or the Old Theatre are some of the attractions of Hvar, which we'll visit on a guided walking tour.

Then you'll have free time to explore Hvar further and we'll return to the boat to return to Trogir harbour. The day will end with a full dinner at the hotel in Trogir.

After breakfast at the hotel, it's time to say goodbye. We'll drive you to Trogir airport in time for your flight back home.

The tour includes 4 nights accommodation with breakfast in the following 4 star hotels:

Pick up from Dubrovnik airport and transfer to Trogir airport

Transport by minibus and boat

Check out all the activities in Dubrovnik

Free! Free cancellation up to 21 days before the day of the activity. If you cancel under this time or do not show up, you will not be refunded.
like

9.40 / 10 1,160 reviews
Delve into the rich history of Dubrovnik on this complete guided tour of the Old Town with an expert English speaking guide, listed a UNESCO World Heritage site since 1979.
US$ 20.80
Book
like

7.70 / 10 26 reviews
From the beautiful mosques to the Marian shrine discover the experience and contrasts between Islam and Christianity with this Mostar & Medugorje Guided Tour.
US$ 63.60
Book
like

9.70 / 10 253 reviews
See the capital of the Seven Kingdoms on this walking tour of the parts of Dubrovnik where the Game of Thrones is filmed and discover the real King’s Landing.
US$ 23.10
Book