Explore the seaside town of Molfetta on this private tour. You'll discover the historic center and the main monuments of this charming town in Puglia in the company of a guide just for you and your group.

Explore the seaside town of Molfetta on this private tour. You'll discover the historic center and the main monuments of this charming town in Puglia in the company of a guide just for you and your group. 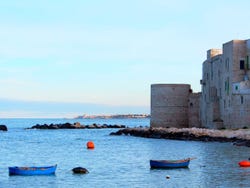 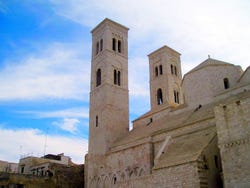 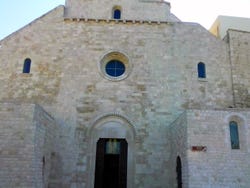 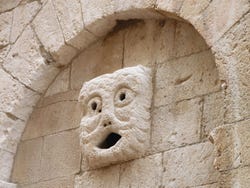 Meet your guide at the selected time in front of the Duomo di San Corrado (Church of Saint Conrad). The private tour of Molfetta will start with the visit of this Apulian Romanesque church, considered the main symbol of the city. Built in the 12th century near the port and dedicated to the local patron saint, this temple boasts two very tall towers, one a lookout tower and the other a bell tower. They're visible even from miles away!

The tour then continues on to the 18th-century Molfetta Cathedral, also known as the Cathedral of Santa Maria Assunta. Inside the church, we'll observe its lunette vault, which features the frescoes of Molfetta artist Michele Romano. Since 1785, the temple has also housed relics of San Corrado, previously kept in the ancient cathedral.

Walking through the historical center of Molfetta, we'll come across the Torrione Passari, an imposing tower that used to form part of the city's defensive walls. Originally a gunboat and later a watchtower, this bastion offers a breathtaking panoramic view of the entire city and the Adriatic Sea from the top... Get your camera ready!

After two hours of exploring, the private tour of Molfetta will conclude.

Per group from
US$ 212.20
Free cancellation up to 0 days before
Book