2016 saw the Bicentennial celebrations of Argentina's Independence, which was declared in Tucumán. Discover the background to this key event in the country's history, when you take our fantastic Independence Tour of San Miguel de Tucumán. 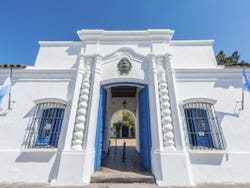 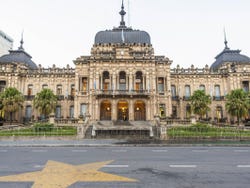 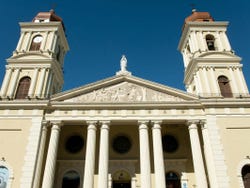 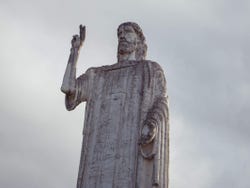 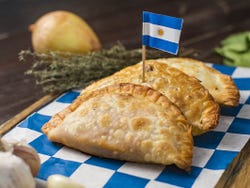 After picking you up at 8:30 from your hotel in Tucumán, we will head to the Miguel Lillo Natural Science Museum (entrance fee not included) to learn about the wonderful nature and geography of the province of Tucumán. In the exhibition, you will see a variety of amazing dinosaur fossils which were discovered in the region. We will also learn about animals that originally were native to Argentina but now currently live in other parts of the world too.

Our guided tour continues, visiting the nearby Casa Belgraniana, the former home of General Manuel Belgrano. Inside the elegant building, you will learn all about the battle of Tucumán. This battle, in which General Belgrano participated, is one of the key events in Argentina's War of Independence. The armed conflict caused numerous vital political changes which you will hear all about on your trip.

After exploring Belgraniana House, and discovering all about its eminent inhabitant, we will board our vehicle and head to Ingenio San Pablo, to discover its sugar-producing tradition, then Villa Nougués and San Javier Hill. At the top, you will encounter the great sculpture of the Cristo Bendicente, from where you will have fantastic panoramic views of San Miguel de Tucumán.

The tour then continues around the Yerba Buena residential area, and back in the centre of Tucumán, we will make a stop to taste some delicious local empanadas accompanied by a glass of wine. On our way back to the city, we will take a panoramic tour of the residential district of Yerba Buena and the surroundings of 9 July Park and the Casa Obispo Colombres Sugar Industry Museum.

Our tour concludes at the magnificent Plaza de la Independencia square, where we will take a walking tour to appreciate the grand monumental legacy which surrounds it: the Government House, the Cathedral and, of course, the Casa Histórica (Historical House) where Argentinian Independence was proclaimed on July 9, 1816.

The tour includes pick up and drop off at hotels in the centre of San Miguel de Tucumán. If you're staying elsewhere in the city, we'll pick you up at Ente de Tucumán Turismo, situado 484 Avenida 24 de Septiembre.

English speaking guide specialized in the history of San Miguel of Tucuman.

A glass of wine or mineral water.

Entry to the Miguel Lillo Natural Science Museum (US$ 10 per person).

No rating yet
Discover the center of San Miguel de Tucumán when you take this fantastic walking tour which also includes a wonderful empanada workshop.
US$ 16
Book
like

10 / 10 1 review
Discover the history of the beautiful city of San Miguel de Tucumán, located in the north of Argentina, on our fantastic walking tour through the city centre.
US$ 21
Book
like

No rating yet
Discover the history, tradition, and natural beauty of San Pedro de Colalao when you take this fantastic trip from Tucumán.
US$ 65.10
Book