Explore the natural landscapes, historic ruins and picturesque towns of northern Argentina on this tour of the Quebrada de Humahuaca valley from Tilcara. 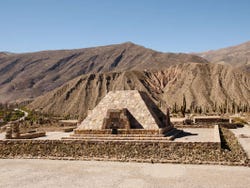 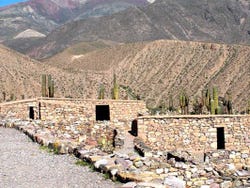 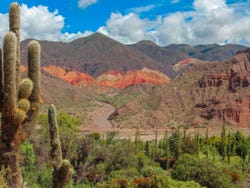 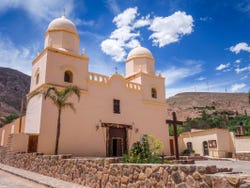 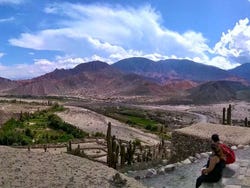 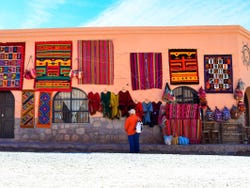 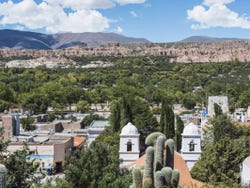 At 11:30 am on the day of the excursion, we'll pick you up from your hotel in Tilcara and board a bus, ready to explore the Quebrada de Humahuaca, a narrow valley known for its colourful rock formations and ancient ruins.

Our first stop will be at one of the most important places in Tilcara itself, the Pucará. This archaeological site is home to a pre-Inca fortification built by the Omaguaca tribe in the 12th century to defend themselves from invaders. After exploring the historic fortress, we'll hit the road again for the 40 minute drive to Uquía, where we'll stop to see the famous paintings of angels for which the quiet town is known.

We'll then continue onwards to Humahuaca, the biggest city in the valley that shares its name. There, we'll enjoy a guided walking tour of the historic centre, which has been declared a UNESCO World Heritage Site. The Heroes of the Independence Monument and the Cathedral are particular highlights!

Afterwards, you'll have an hour of free time to get your own lunch, before we head back to Tilcara, where you'll be dropped off at your hotel at 3:30 pm.

Transport by minibus or bus.

Entry to Pucará de Tilcara: US$ 5 per person approximately.

US$ 28.50
Free cancellation up to 24 hours before the service starts
Book

No rating yet
Discover the natural wonders of Argentina on this excursion to the Salinas Grandes: hike up to the salt flats and to the spectacular Hill of Seven Colours!
US$ 40
Book
like

No rating yet
Discover the history and nature of the Quebrada de Humahuaca and Serranía de Hornocal on this excursion from Tilcara.
US$ 58.50
Book