Discover the charms of Albania on this unforgettable five-day tour: visit Tirana, Vlorë, Berat, Butrint National Park and so much more! 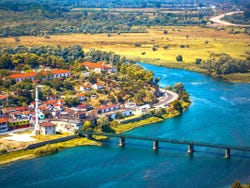 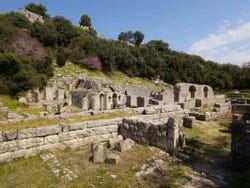 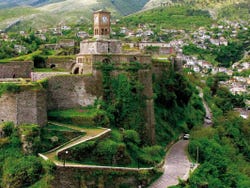 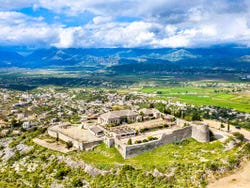 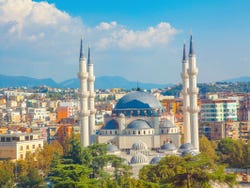 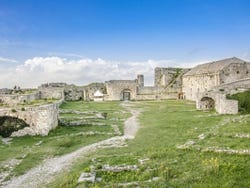 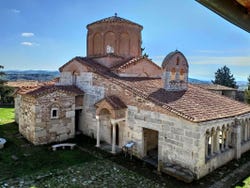 On your arrival at Tirana Airport, we'll be waiting for you to transfer you to the hotel for dinner and to relax for the night. Welcome to Albania!

After breakfast at the hotel, we'll pick you up and set off on a guided tour of Tirana to explore its most important places of interest. We'll get to see the emblematic monuments located around Skanderbeg Square, including the Tirana Clock Tower, the Et'hem Bey Mosque and much more!

We'll then leave the Albanian capital behind for the two-hour drive to Shkodër, one of the most ancient places in the Balkans and the birthplace of numerous musicians and painters, earning its recognition as the cultural capital of Albania. We'll get a feel for the city's legendary history and culture visiting Rozafa Castle and the Marubi Photo Archives.

Afterwards, we'll enjoy a delicious meal at the Mrizi I Zanave restaurant before setting off for Vlorë, where we'll spend the night.

Having fuelled up for the day with a hearty breakfast, we'll begin exploring Vlorë, where Albanian independence from the Ottoman Empire was declared in 1912. We'll also get to admire spectacular panoramic views of the historic city!

We'll then set off on the three-hour journey to Butrint National Park. Along the way we'll drive through the picturesque coastal villages of Palase, Dhermi, Himara and Borsh, an area known as the Albanian Riviera. We'll make a short stop on the way for lunch.

Arriving in Butrint, you'll feel like you've travelled back in time as we explore the incredible archaeological complex and its well-preserved Greco-Roman, Byzantine and Venetian ruins. The UNESCO World Heritage Site is truly impressive! We'll then head to the hotel in Saranda.

After breakfast, we'll spend the day visiting two UNESCO World Heritage cities. Our first stop will be Gjirokastër, where we'll tour the old quarter, admire its Ottoman architecture and visit the hilltop defensive Gjirokastër Fortress. What's more, we'll enjoy a delicious lunch at the home of a local family.

We'll continue on a two and a half hour drive to our second city of the day: Berat. Nicknamed the "Town of a Thousand Windows", Berat is known for its historic architecture and scenic beauty. We'll see its medieval castle, the famous Onufri Museum and the 13th century Church of St Mary of Blaherna. We'll then head to the hotel for dinner and to rest after a full day of sightseeing.

On the final day of the five-day tour of Albania, we'll enjoy a leisurely breakfast at the hotel in Berat before making the return journey to Tirana and dropping you off at the airport in time for your flight.

Pick up and drop off at airport.

Free! Free cancellation up to 14 days before the day of the activity. If you cancel under this time or do not show up, you will not be refunded.
like Free

10 / 10 1 review
Explore the enchanting capital of Albania and discover its iconic landmarks with this free walking tour of Tirana.
Free!
Book
like

No rating yet
Travel back in time with this fantastic trip to the beautiful town of Kruje from Tirana. Visit its famous castle and browse its enchanting marketplace.
US$ 91.10
Book
like

No rating yet
Travel to the city on the Osum River with this Berat Day Trip. Discover one of the most beautiful ancient cities in Albania and visit 3 symbolic districts.
US$ 101.80
Book