Travel back in time to the Serbian city of Niš, one of the most historic cities in the Balkans. Discover important Roman ruins, fascinating Ottoman heritage and a Nazi Concentration Camp on this day trip from Sofia. 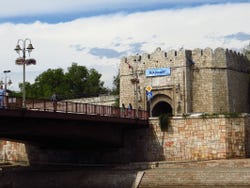 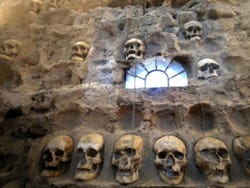 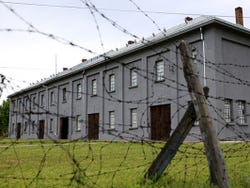 Having been picked up from your hotel in Sofia at 8:30 am, you'll leave the Bulgarian capital behind and set off northwest in the direction of Niš, the third largest city in Serbia.

After around a two and a half hour drive through the stunning mountainous scenery of the Balkans, you'll arrive in Niš. The first stop on your journey through the historic region will be the Roman ruins of Mediana, an imperial palace constructed by Constantine the Great in the 3rd century. You'll have the opportunity to admire the exterior of the ancient archaeological site, which is one of the most important in Serbia.

Continue your tour of Niš and its legendary history to the Ottoman period, visiting Niš Fortress, one of the city's most emblematic landmarks. Built in the early 18th century on top of earlier ancient Roman, Byzantine and Medieval fortifications, this is one of the most important and best-preserved monuments of its kind in the Balkans. You'll cross through the castle's imposing entrance gate and explore the most significant buildings in the complex, from baths and a prison to a mosque.

Discover yet more of the Ottoman legacy that remains in Niš as you visit the Archaeological Museum and the famous Skull Tower, or Ćele Kula in Serbian. The stone structure was built by the Ottomans at the start of the 19th century, using the skulls of the Serbian soldiers killed in the Battle of Čegar as part of the First Serbian Uprising.

The next stop on your tour will be at Serbia's most notorious Nazi Concentration Camp. Built in 1941, more than 35,000 people were detained here during World War II. You'll have the opportunity to visit the memorial museum to learn more about the history of the victims of the camp, whose Serbian name, Crveni Krst, translates as Red Cross.

Finally, you'll enjoy a well-deserved break of around an hour to renew your energy with lunch in a local restaurant, where you can indulge in traditional local delicacies. Did you know that this region has some of the best food in the Balkans? At the end of the day, you'll return to Sofia at around 7:30 pm.

Please remember to bring your valid passport on this tour, with at least six months of validity, as you will be crossing the border between Bulgaria and Serbia.

US$ 99.10
No hidden fees or surcharges
Free cancellation up to 24 hours before the service starts
Book

My guide Daniel was very nice and kind and gave me a lot of information. I had a very good time with him. Nis, however, is not worth the time because there are some many other things to visit in Bulgaria!

It was not worth much, I who was in the Berlin concentration camp this really has nothing. And there are many hours of car for what you see of the place. The guide was lovely. Opinion translated. Show original.

9.30 / 10 20 reviews
An ancient fortress, historic churches and majestic mosques: explore the most important places of interest in Skopje, the capital of North Macedonia.
US$ 108.20
Book
like

6.40 / 10 5 reviews
The best way to explore Bulgaria's captivating capitaland discover its historic monuments, is to take our fantastic Sofia sightseeing bus.
US$ 17
Book
like

9.10 / 10 7 reviews
On this trip you'll visit the medieval city of Lovech and get the chance to see the impressive Krushunski waterfalls.
US$ 85.10
Book