Veliko Tarnovo is one of the most important medieval cities in Bulgaria. Discover its beautiful architecture for yourself when you take our trip from Sofia on which will also visit the historical village of Arbanasi.

Veliko Tarnovo is one of the most important medieval cities in Bulgaria. Discover its beautiful architecture for yourself when you take our trip from Sofia on which will also visit the historical village of Arbanasi. 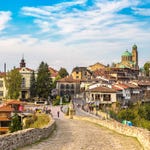 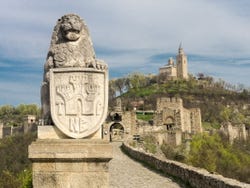 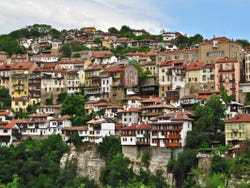 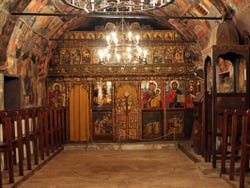 We will collect you from your hotel in Sofia early in the morning before heading towards the region of Veliko Tarnovo. After a journey of almost three hours, we will arrive at the tiny medieval village of Arbanasi which is famous for its large number of historical churches and religious monuments.

We will step into the Church of the Nativity of Christ to admire its beautiful interior frescos. The building is a good example of the typical architectural style of religious shrines from the late middle ages in Bulgaria.

After spending around one hour and a half in Arbanasi, we will hit the road once more and drive to the city of Veliko Tarnovo, regarded as the medieval capital of Bulgaria. Immediately upon arriving, we will take a break in a traditional restaurant where you can feast on some delicious local food (not included).

With your appetite whetted, we will then begin our two-hour tour of the municipality during which we will visit all the essential landmarks and important locations. Known as Bulgaria's 'City of Medieval Tsars', Veliko Tarnovo features a huge 12th-century fortress built on Tsarevets hill, on top of which sits the Patriarchal Cathedral of the Holy Ascension of God.

We will visit Baldwin's Tower, one of the fort's defensive turrets, and the Execution Rock, besides historic houses and government buildings.

We will return to Sofia at around 6 pm.

US$ 69.40
Free cancellation up to 24 hours before the service starts
Book

I was wonderful. The city is very nice and our guide Daniela was absolutely wonderful !

All very well. The guide Stoyan has taught us many things. We have learned a lot of history thanks to him. The places are far but it is well worth it. Recommended for those who come to Bulgaria. Opinion translated. Show original.

Highly recommended excursion if you are in Sofia for several days, it is very comfortable, with a guide who speaks perfect Spanish, and it is well worth it. They show you all of Tarnovo, then free time to eat and then Arbanasi. I recommend it, very good full day excursion Opinion translated. Show original.

10 / 10 12 reviews
On this trip to the Belogradchik Rocks you'll discover one of the most impressive rock formations in Europe and learn about its history.
US$ 69.40
Book
like

9.10 / 10 24 reviews
Visit two of the most important monuments in Sofia – Boyana church and Rila monastery. Essential for any trip to the Bulgarian capital!
US$ 34.70
Book
like

6.40 / 10 5 reviews
The best way to explore Bulgaria's captivating capitaland discover its historic monuments, is to take our fantastic Sofia sightseeing bus.
US$ 16.20
Book